Hindsgavl Manor has been overrun by soldiers time and time again

Its strategic location close to the Little Belt has made Hindsgavl Manor something of a magnet for foreign forces. Find out more about three noteworthy sieges of the castle.

An icy wind was sweeping across Denmark in January 1658, and the Count of Hindsgavl Manor was likely eyeing the ice nervously as it grew thicker and stronger. The reason for this was that the Swedish army had pitched camp on the other side of the Little Belt.

The Swedish forces spread across Fyn like a swarm of hungry locusts, capturing key positions including the run-down mediaeval castle of Hindsgavl.

Two years later, it was the turn of the Swedes to look warily out over the Little Belt. A large army made up of foreign fighters had come to the aid of Denmark. These troops soon stormed Hindsgavl and 100 Swedish soldiers fled the fortified position.

They left behind 18 cannon, one of which can still be seen today, decorating one of the castle lookout posts.

In 1808, French and Spanish soldiers could be seen hunting adders and frogs in the grounds of Hindsgavl. They impaled the creatures on pointed sticks, cooked them over open fires and then ate them. To the amazement of the local population.

Fully 40,000 French and Spanish troops had come to Denmark to participate in a possible war with Sweden. Denmark had unwillingly become embroiled in the Napoleonic Wars and the soldiers were therefore allies rather than invaders.

Karen Basse Fønss, wife of the Lord Chamberlain, quartered around 200 Spanish officers at Hindsgavl, and she was less than delighted with the commotion. The troops left Denmark again a few months later. 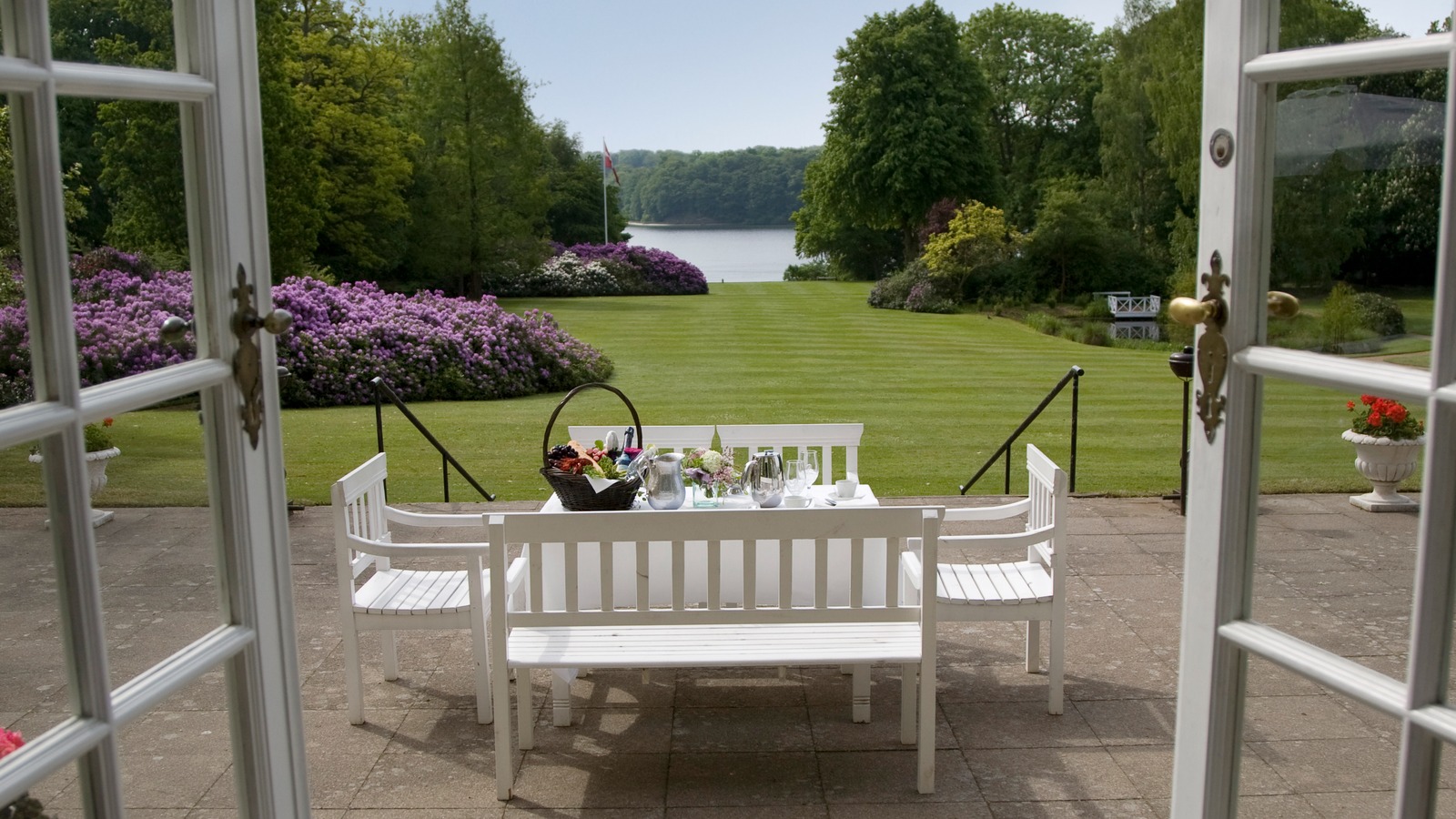 In April 1940, Hindsgavl Manor rang to the sound of horseshoes on cobbles. Cart after cart loaded with German soldiers and equipment made its way across the courtyard. The Municipality of Middelfart had directed the German occupiers to set up camp at Hindsgavl.

At that time, the manor house was owned by a limited company, whose board of directors was not best pleased to have to provide billets for the Wehrmacht. The German forces found somewhere else to use as a barracks a year later.

At the end of the war, the manor was converted into a sanatorium for soldiers suffering from tuberculosis.

Hindsgavl Manor has remained unoccupied by foreign troops since 1946.