Beautiful woodland and a headless coachman

Christian IV needs a scapegoat for his son’s incompetence, and the lady of Hverringe fits the bill. This quickly leads to abduction, imprisonment, and a demand that the estate owner surrender her child.

One day in 1627, Anne Lykke is running a few errands in Nyborg when she is snatched off the street, carried off and put on a ship bound for Norway – where she is imprisoned in the fortress of Bohus. In other words, without any hint of legal process, the noble lady Anne Lykke has been abducted and robbed of her freedom.

The proud estate owner flatly refuses to accept the king’s conditions. She has no intention of admitting any guilt. Anne Lykke’s imprisonment can be traced back to the death of her beloved husband in 1623, leaving her a widow at the age of 28 and, in principle, free to see and spend time with whoever she chooses. Three years after her husband’s death, she embarks on a relationship with Crown Prince Christian, “the chosen prince”, but the king is less than overjoyed with this turn of events. 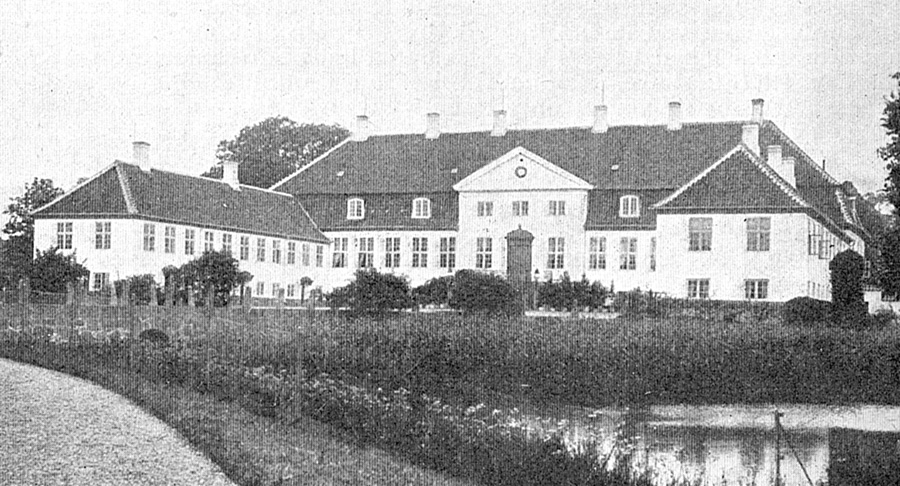 The king is now forced to explain himself

Not even a king has the right to act in this manner, especially not against a member of the nobility. The nobles of Denmark are livid.

When the king is finally forced to justify this “extraordinary process” to the nobles, he explains that through “her immoral behaviour” Anne Lykke has prevented the Crown Prince from concentrating on the business of running Denmark while the king has been out of the country, fighting the Thirty Years’ War.

That is why Anne Lykke now finds herself sitting in a cold cell in Norway, mulling over the king’s unreasonable demands: she is to admit her guilt, confine herself to her estate house and give her daughter up for adoption. But the lady of Hverringe refuses to budge.

Having flatly rejected the king’s terms, Anne Lykke writes to the Danish Council of State and demands to be released with her honour untainted. A court date is set in Kolding, but the Swedish forces occupy Jutland that same year. The legal proceedings are dropped, and the lady remains robbed of her liberty.

The following year, even the king’s mother joins the pleas for mercy for Anne Lykke. Christian IV gradually comes to his senses and orders the noble lady released if she gives her word that she will not leave Hverringe.

Anne Lykke is finally freed from prison after two years – admittedly under house arrest – but with her honour intact and with her daughter in her care.