Glorup Estate was a sanctuary for Hans Christian Andersen

The great Danish author visited many of the castles and manor houses in Denmark, but Glorup on East Fyn was the one he returned to time and time again. He drew energy from the peace and quiet, and was inspired by “the emptiness of the world of the nobility”.

The Count of Glorup was delighted with the company of the famous poet and opened his doors to him for the first time in 1839. Over the following 30 years, Hans Christian Andersen spent a good deal of time at the beautiful Baroque manor, where the two rooms he used regularly have been preserved as they were at that time.

Hans Christian Andersen visited the estate to relax and recuperate after his long travels abroad, or to take a short break from his busy life in Copenhagen. He spent his days here reading and writing. He also went for walks, drawing inspiration from the delightful Fyn countryside. For example, it was here that he was moved to write the famous poem “In Denmark was I born”.

In the evenings, he entertained his hosts and other guests with conversation, readings, anecdotes, songs, paper cuttings and flower raffles. The guests were not the genial young ladies that the poet typically favoured, however. He generally found himself entertaining two aged aunts and the old count – who occasionally fell asleep during the readings.

It seems that Hans Christian Andersen sometimes found these evening conversations tedious and trying. The entry from his diary for 6 November 1845 reveals:

“… I take a look at the clock, which seems to have stopped, and when the hour finally strikes, each stroke sounds like a note in a funeral march.” 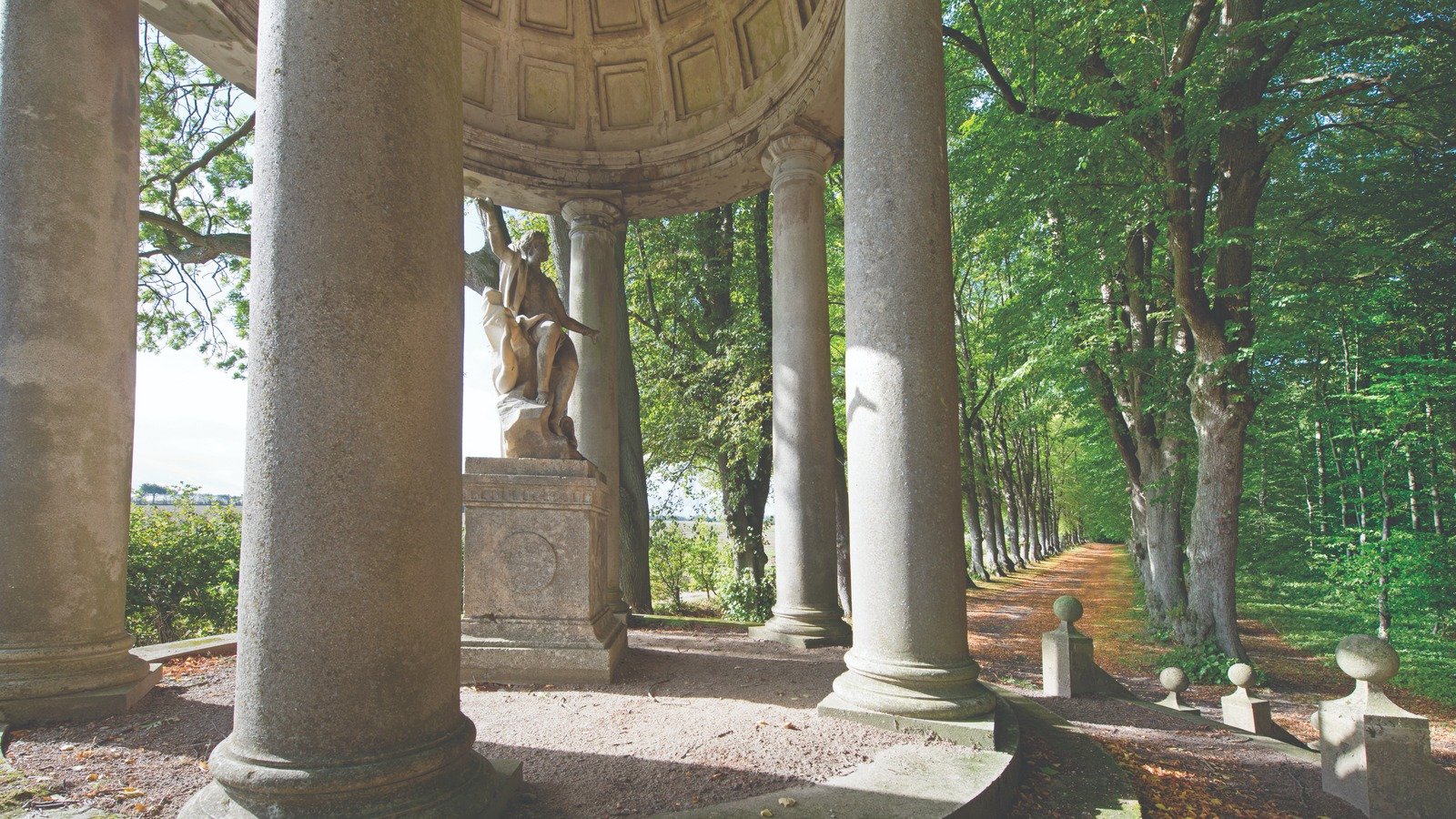 But it was not all long walks, being busy doing nothing and enduring long evenings at Glorup. There were also dinners with the local aristocracy, which provided the poet with unparalleled insight into the virtues and vices of the upper class. Insight which he was later able to work into his writing.

The grounds are a private garden, so visitors are requested to show due consideration. The garden is open to the public from Thursday to Sunday from 10:00 until 16:00 in the period 1 April–31 September.