Mediaeval archaeologists have found woven linen cloth that has been extremely well cared for and reused. In the past, people took care of their possessions. In fact, they put a remarkable amount of time and effort into making something as simple as a shirt.

It was the housewife’s responsibility to put clothes on her family’s backs. The peasant women had their work cut out for them. Simply separating the fibres from the flax plants so that they could spin a thread was a huge undertaking. Let us take a closer look at the process …

From flax plant to thread

The flax plants have matured in the fields. But how are the plants converted into fine fibres, ready for the spinning wheel? Through seven demanding and time-consuming steps.

Pulling: Pull bunches of flax from the soil, knock off the dirt and gather them together in sheaves in the fields.

Rippling: Use a rippling board (a kind of rake without a shaft) to separate the seed pods from the stalks.

Retting: Immerse the sheaves in water or place them in a dew-covered field to let a rotting process separate the fibres from the stalks. In water, this takes 7–14 days, but in the fields you have to wait at least four weeks.

Braking: Wait for dry, hot weather. Using what is a known as a flax breaker, strike the dried, rotten flax plants with short, mechanical blows to crush the stems.

Scutching: Remove the loosened parts of the plant so that only the fibres remain. Using a short, wooden sword – the scutcher – beat the flax stems until the outer layer has been completely removed.

Hackling: The next step is to pull the scutched flax through a board of nails (the flax comb) until the fibres are finely divided and shiny. This process separates out the short, coarse fibres leaving only the best ones for spinning into smooth, strong thread. The finest fibres now look like hair from a ponytail. 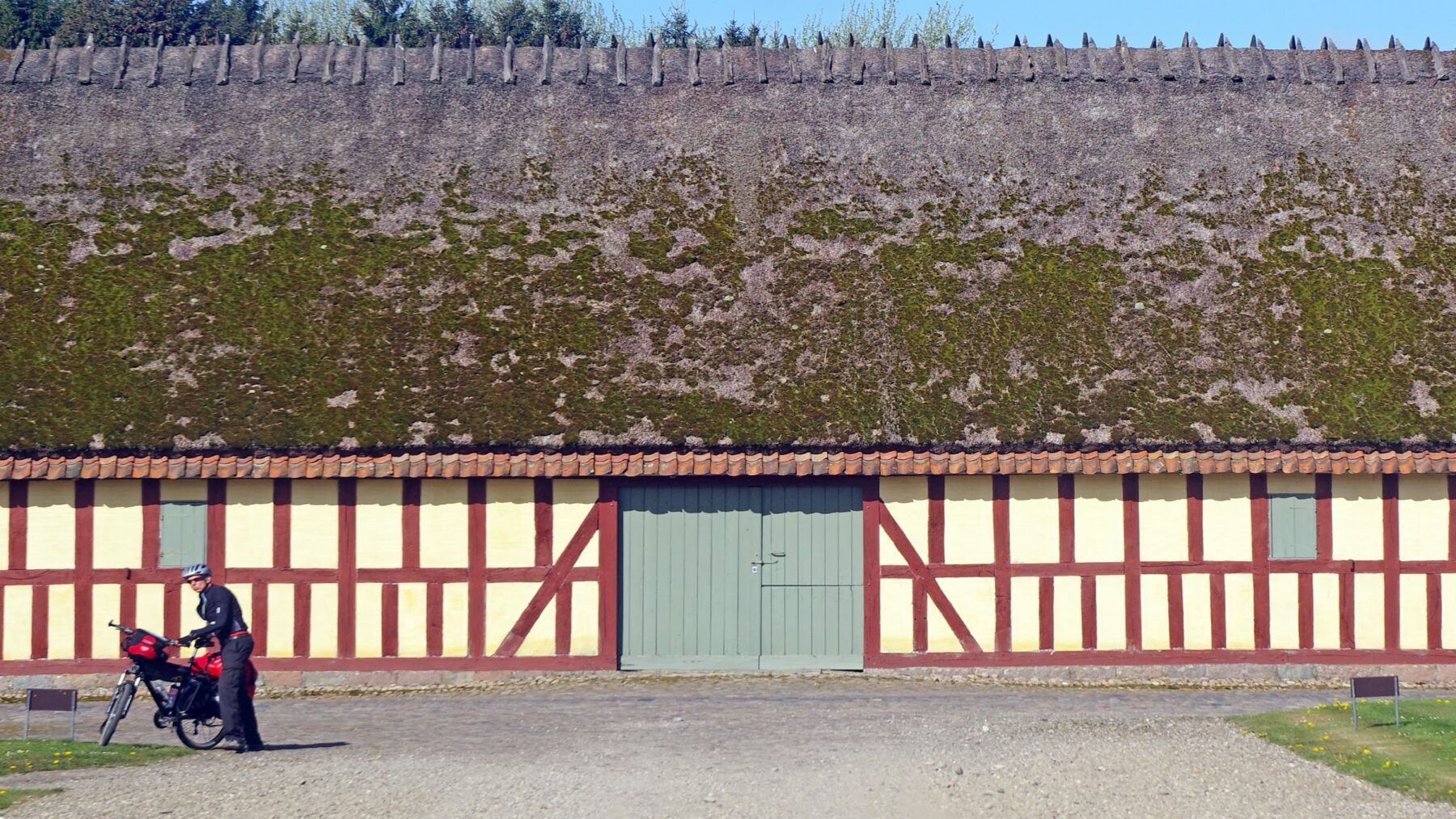 “All” that now remains is to spin the thread over the course of the winter, bleach it in the spring sun and weave it. The fabric will then probably need to be bleached again before the design, cutting and sewing processes begin.

It is not only the case of “clothes maketh the man”. People also “maketh the clothes”. And then some!

Would you like to find out more about the back-breaking cultivation work, or about spinning the threads and weaving the fabric? Then visit the Flax Weaving Museum (Hørvævsmuseet) in the old cattle stalls at Krengerup Manor.