At the tender age of six, the author Agnes Henningsen moved into the estate manager’s residence at Lundsgaard. Her mother had just died and her father was gradually losing his battle with the bottle. Her final memory from the estate was of a love affair with her uncle.

The author Agnes Henningsen was famous – or perhaps notorious – for her open mind and relaxed sexual mores. Her best-known writings are her memoirs, which run to eight volumes.

In the first book, she describes her life as a child of the administrator of Lundsgaard Estate in the 1870s and 1880s.

Agnes Henningsen enjoyed a privileged but remarkably protected childhood. Most books were “off limits” for her, and she was shielded from information about adult life. This left her a somewhat naïve, always inquisitive and happy little girl.

When Agnes Henningsen first arrived at Lundsgaard with her family, she was seated in a carriage together with her sisters and their former tutor. Said tutor was the girls’ new mother, which was how their father had ordered them to address her. The girls’ own lively and cheerful mother had died in childbirth a year previously, and they never developed a close relationship with their “new mother”.

On the other hand, Agnes Henningsen dearly loved her father. He called her “Little Miss Strange”, but not in a mean-spirited way. To him, honesty was the virtue above all others. Father and daughter could talk the night away while they gazed up at the stars from the patio. 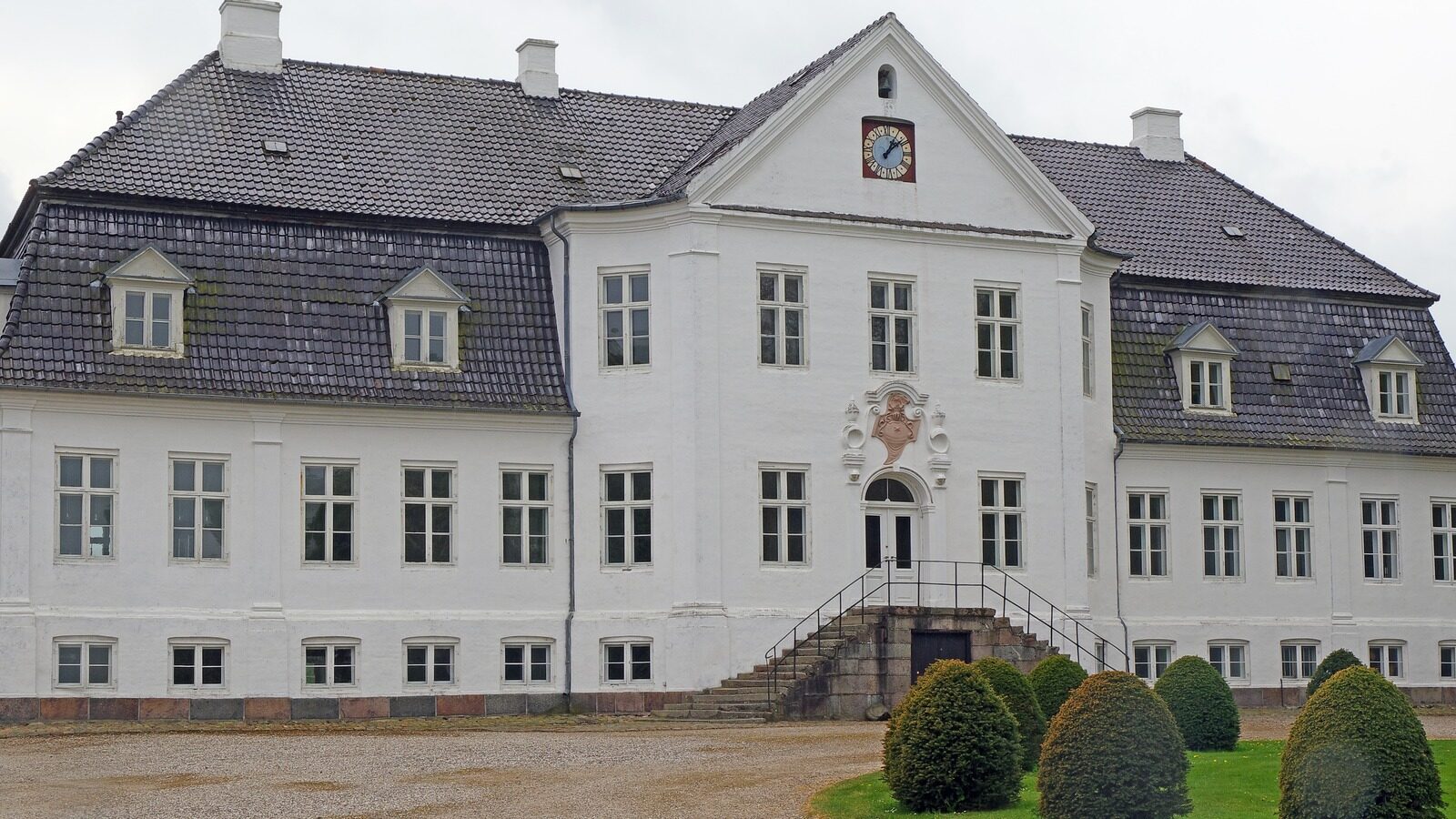 Then her father died

Her father had a weakness for the bottle. His new wife tried to make him stop, but he neither could nor wanted to. It had cost him a fortune to make the exhausted fields of Lundsgaard fertile once more. In fact, he was so physically and financially worn out that he died at the age of 43, leaving Agnes Henningsen an orphan. And her time at Lundsgaard had come to an end.

Because she just had time to fall in love with her 23-year-old uncle, who was tasked with helping with the administration of the estate until the contract expired. The passion was mutual, to the extent that he broke off his engagement to another woman. The family was furious when they found out about the affair between the two family members, and 15-year-old Agnes Henningsen was packed off to a reformatory.