The mad lord of Søndergaarde

Some people are so utterly insane that people still shudder at the mere mention of their name generations later. Eiler Brockenhuus was an incestuous, murderous rapist – and often went way too far with his practical jokes.

It was a sad day in Rørup Church on West Fyn, when the nearest and dearest of the nobleman Eiler Brockenhuus had gathered to pay their last respects. One final goodbye before the coffin was lowered into the ground.

All of a sudden, the lid of the coffin flew open and an undeniably healthy Eiler Brockenhuus leapt out. The whole funeral had just been a joke.

Eiler Brockenhuus crossed the line in every respect, as the family at Erholm Manor knew all too well. This was because Eiler Brockenhuus’ family seat, Søndergaarde, is located just a kilometre from Erholm. Søndergaarde is a part of Erholm Estate today, but the estate owners were in open conflict at the end of the 1500s. Eiler Brockenhuus stood accused of having purloined a farm that otherwise belonged to Erholm.

However, the theft of land must go down as one of the more minor offences on Eiler Brockenhuus’ rap sheet. In fact, generations later, the farmers in the region were still referring to him as: “Mad Iler Brekkehus”.

Brockenhuus was notorious for mistreating his servants, beating his wife and, it is said, shooting a chimney sweep out of a cannon.

In addition, he had – even for that time – immoral and unlawful relations with women. He sired children with commoners and had a child with his wife, who was a member of the nobility, before their marriage.

Worst of all was when he had a child with his brother-in-law’s widow. That wretched case was resolved through a royal pardon, and Eiler Brockenhuus returned home to Søndergaarde. 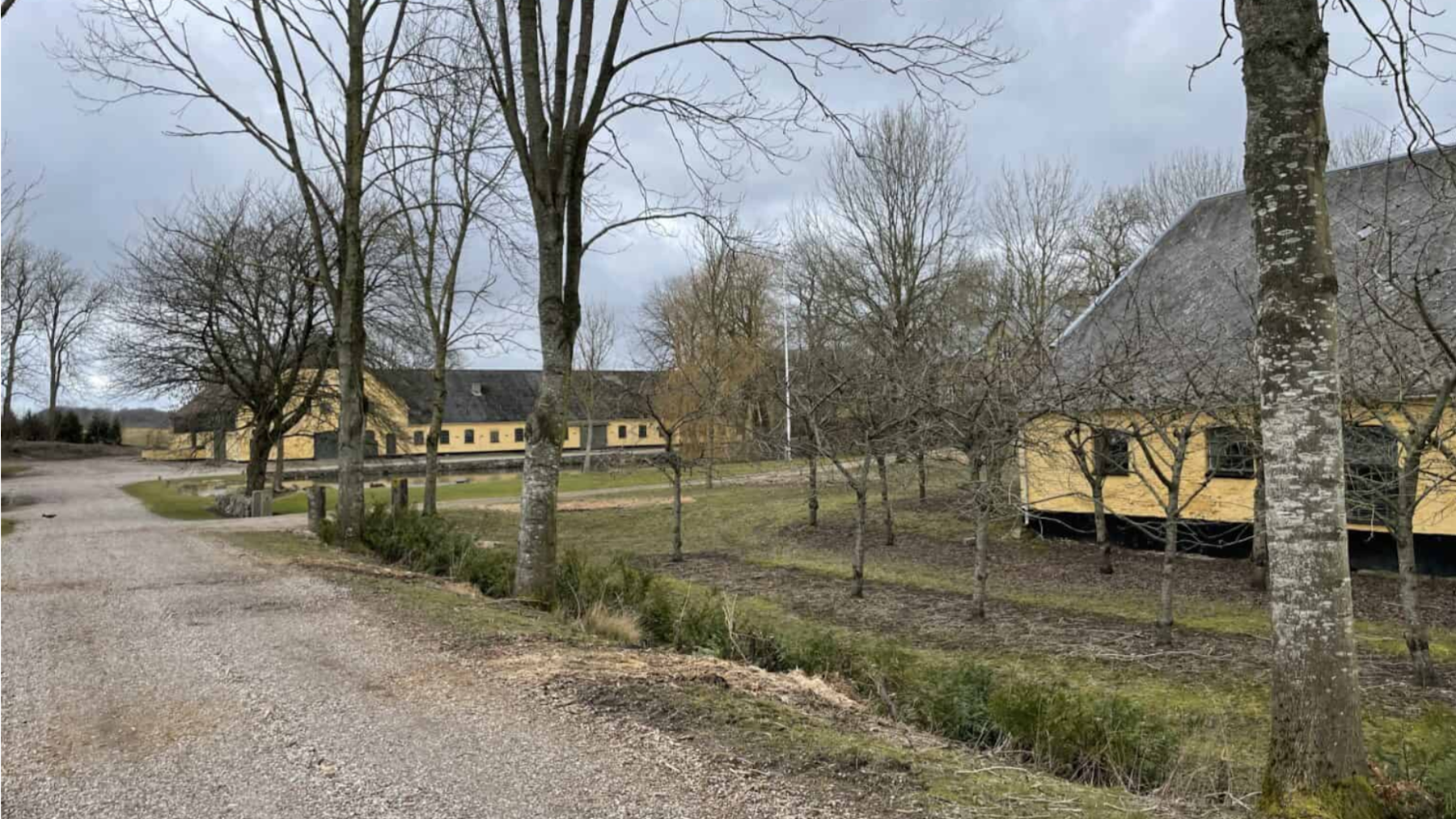 A host of rumours swirled about him: Eiler Brockenhuus was said to have raped his sister and then killed both her and her newborn baby. He is also believed to have poisoned his own mother. In addition to that, he threatened the king and his men on Fyn.

The king had Brockenhuus brought to Copenhagen Castle to answer to the charges. The testimonies against him were apparently so damning that the king terminated the court case and had him thrown directly in the state prison at Dragsholm Castle.

Eiler Brockenhuus then continued his crazy behaviour from his prison cell. He wrote to the king and council of state about new war machines, tips about how to earn easy money, and warnings that the council planned to poison the monarch. Eiler Brockenhuus survived at least 23 years at Dragsholm Castle, dying in prison as some point after 1607.